Paul began woodturning January 2003, in Fort Lauderdale, FL. He was not interested in turning anything but hollow forms. Though both his mentors strongly suggested he start with something easier, all he wanted to do, really, was hollow forms. The problem was, there were no hollowing tools he liked. George and Lee, his mentors, invented the out rigger idea for a hollowing tool.

That very crude hollowing tool became popular in his club. After about a year, George began to pursue development of the tool. After much R&D the tool came to be what it is today. Paul has had two very interesting challenges since he started turning, hollow forms and the tool to make them. 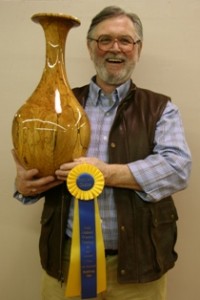