Note – The following is a message from AAW Treasurer Warren Carpenter

Pay it Forward! Or Backward! 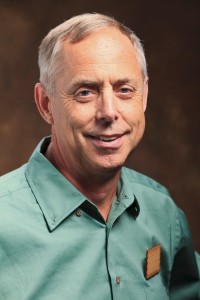 I found woodturning in 1999, attended the Charlotte Symposium in 2000, and joined Carolina Mountain Woodturners (CMW) at that symposium. Shortly afterward, I began attending CMW meetings on the third Saturday of each month. About a year or two later, my father, who had never turned wood, asked me if he could ride along with me one Saturday. I was happy to have someone to talk with on the two-hour ride to Asheville. The discussion on the trip home was all about buying a lathe, tools, and how his shop was going to be converted. Within two weeks, I was in his shop giving him his first bowl-turning lessons. For the next six to seven years, I kept him supplied with wood, knowledge, and companionship as he turned thousands of bowls, small cowboy hats, pins, ornaments, and boxes. We got to know each other in ways that most fathers and sons never find. Thank you, woodturning!

Let me tell you a little about my dad. Most of his life prior to moving to South Carolina to catch up with his children, he was in agricultural finance. When he and mom landed in my backyard in 1979, I taught him cabinet building and he made a living from that until 1986, when I put him to work on the homes I was building. In the mid 1990s, health issues began to catch up with him and by the late 1990s, he was no longer able to work on the job sites. He had numerous problems with Parkinson’s disease, degenerated spine, and major problems with depression as a result of his physical ailments and being caregiver for Mom, who had Alzheimer’s.

For several years he managed to survive by spending lots of time being a master gardener and volunteering thousands of hours at the SC Botanical Garden in Clemson. The winters were long, cold, and depressing, and navigating the terrain of his yard became very difficult for him. This is where woodturning entered and extended his life. The shop had heat and a flat floor and was a place he could go to get away from Mom’s health problems. Woodturning kept his hands and mind busy. His finished turnings were not masterpieces, but he was being productive. Most people who knew Dad, and there were a lot of them, understood that each turned bowl or vase represented another day that he contributed to this world. For years, his doctor would question why he wasn’t confined to a wheel chair and he always answered, “Gardening and woodturning!” Two years ago when he was no longer able to do either, he left us.

“Pay it forward” has become a catch phrase for things that many of us are already doing. For me, I had a chance to “Pay it backward” to my father. It paid huge rewards for both Dad and me. I urge each of you to share your joy of woodturning with someone around you…look forward, sideways, and backward. You and the world will be paid hundreds of times over!