The Inland Northwest Woodturners in Spokane Valley will be holding their next meeting on January 5th. The January meeting agenda is open turning. There will be a finial station, making pens from bullet shells and a couple other activities.

The Northwest Woodturners in Tigard, Oregon are meeting on January 5th and will be holding a tool swap. As they say in their newsletter “the swap meet is a great chance for members to socialize, trade junk (er – valuable tools and equipment), and occasionally get a great bargain on something you really needed or wanted.”

The Seattle Woodturners will be meeting on January 12th in their new location, the VFW facility in Redmond. The demonstrator for the evening will be Jon Magill who will be presenting on ornamental turning. Jon developed plans for building your own rose-engine lathe. 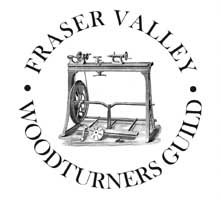 The Fraser Valley Woodturners Guild in Abbotsford, B.C. are holding their next meeting on January 12th. The meeting will feature “hand-on” turning with three lathe stations: spinning tops for all members; honey dippers for all members; and small lidded boxes for the more advanced.

The Cascade Woodturners in Portland, Oregon, will be meeting on January 19th. They plan on using local demonstrators for the first couple of months and their newsletter lists many great demonstrations in the works.

The Northwest Washington Woodturners in Mount Vernon, WA will meet next on January 19th. The program will be announced by the new officers in their next newsletter.

The Greater Vancouver Woodturners Guild in Vancouver, B.C. is meeting on January 25th and will have a demonstration by Bruce Campbell on gouges: types, uses, flute design, sharpening and steel.

The Olympic Peninsula Woodturners in Bremerton will be meeting on January 25th with a demonstration by Dennis “Tones” Briggs.

The Island Woodturners Guild on Vancouver Island will be meeting on January 28th. The program for the afternoon had not yet been announced.

Looking for some inspiration while you are staying home? Check out the SPSW YouTube channel.