The Woodturners of the Virginias (WoVA) is a chapter of the AAW located in the heart of the beautiful Shenandoah Valley in West Virginia. They meet the 1st and 3rd Saturdays of every month in Mt. Jackson.

The WoWV is an active group of 60 members of varying skills. The meeting on the first Saturday of the month is their normal membership meeting with business issues and upcoming events and then demonstrations. The meeting on the third Saturday is a “skill enhancement” hands-on session with mentors available. 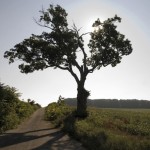 The members of the WoVA have an opportunity to give a second life to a historic tree. In 1862 Gen. Thomas “Stonewall” Jackson’s army of 15,000 men camped between the Middle and South Rivers. According to historical documents, Jackson attended a religious meeting during that encampment. Legend has it that he attended a prayer meeting under a towering white oak tree which has been called “Jackson’s Prayer Tree” 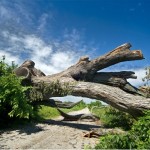 That tree has now succumbed to disease and toppled. The members of WoVA have been given the opportunity by the current property owner to turn the wood from Jackson’s Prayer Tree into useful items. Planning is in the works for some of these items to be donated to various Civil War historical venues and in support of other organizations such as the Wounded Warriors. It is estimated that the tree was 350 years old.

Here is one members site with items for sale made from the Jackson Prayer Tree.

The chapter has a growing video gallery on their website to show off members work and demonstrations from their monthly meetings. They are also preparing for the upcoming Virginia Woodturning Symposium scheduled for September.